In sequential prediction (online learning) with expert advice the goal is to predict a sequence of outcomes almost as well as the best advisor from a pool of experts. The quality of predictions is measured by a loss function, which is determined by the application one has in mind. For most loss functions, the best performance that can be guaranteed is to be within \(O(\sqrt{T})\) of the best expert on \(T\) outcomes, but for some special loss functions \(O(1)\) overhead is possible.

In the 1990’s, people familiar with the work of Vovk called these special loss functions mixable losses, but nowadays the notion of mixability appears to be mostly forgotten, and the geometric concept of exp-concavity has taken its place. This raises the question of how the two are related, which strangely does not appear to be answered in very much detail in the literature. As I have been studying mixability quite a bit in my recent work, I was wondering about this, so here are some thoughts. Update: In particular, I will construct a parameterization of the squared loss in which it is \(1/2\)-exp-concave instead of only \(1/8\)-exp-concave like in its usual parameterization.

Clearly, exp-concavity implies mixability: it just makes the choice for \(a_\pi\) explicit. What is not so obvious, is when the implication also goes the other way. It turns out that in some cases it actually does if we reparameterize our predictions in a clever (one might also say: complicated) way by the elements of a certain set \(\mathcal{B}_\eta\).

The technical conditions I need are the following:

To explain the second condition, we define the new parameterization \(\mathcal{B}_\eta\) as the set of functions

Note that the set \(\mathcal{B}_\eta\) is convex by construction.

Construction of the Parameterization and Proof

We are now ready to prove that the loss is \(\eta\)-exp-concave in our parameterization. To show this, let \(\pi\) be an arbitrary probability distribution on \(\mathcal{B}_\eta\). Then we need to show that

Solving this we find that \(a_g\) indeed exists and equals 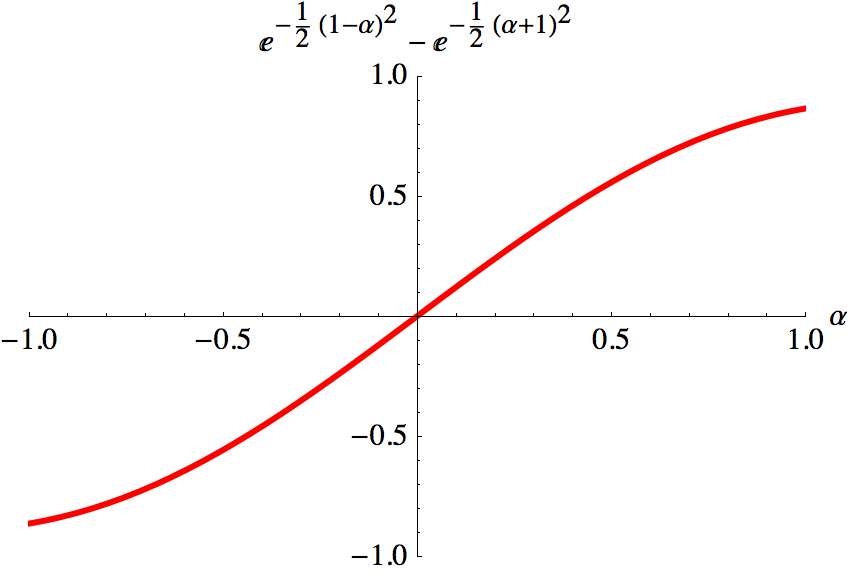 We have seen that exp-concavity trivially implies mixability. Conversely, mixability also implies exp-concavity roughly when the dimensionality of the set of predictions \(\dim(\mathcal{A})\) equals the number of outcomes \(|\mathcal{Y}|\) minus one. In general, however, it remains unknown whether any \(\eta\)-mixable loss can be reparameterized to make it \(\eta\)-exp-concave with the same \(\eta\).

As exp-concavity is a stronger requirement than mixability and introduces these complicated reparameterization problems, one might ask: why bother with it at all? One answer to this is that taking \(a_\pi\) to be the mean reduces the requirement \eqref{eqn:mixable} to ordinary concavity, which has a nice geometrical interpretation. Nevertheless, the extra flexibility offered by mixability can make it easier to satisfy (for example, for the squared loss), so in general mixability would appear to be the most convenient of the two properties.

It seems the proof of Theorem 1 would still work if we replaced \(\mathbb{1}\) by any other positive function. I wonder whether this extra flexibility might make Condition 2 easier to satisfy.

Update: I would like to thank Sébastien Gerchinovitz for pointing me to Lemma 4.1 of Haussler, Kivinen and Warmuth [2].

A Counterexample to Jensen’s Inequality

Why FTRL Is Better than Online Mirror Descent

Online Learning: How to Filter Out Outliers